XAS is a technique for determining the local electronic, structural and magnetic properties of matter in different scientific fields including molecular and condensed matter physics, material science, engineering, chemistry, earth science and biology.

When the incident photon energy is scanned through the energy of a core shell, an abrupt increase in the absorption cross-section, the so-called absorption edge representing a particular core shell, makes XAS an element and orbital selective technique.

XAS is very sensitive to the local bonding environment of the absorbing atom, providing information on oxidation state or density of states and/or local orbital symmetry.

XAS measurements are polarization dependent. Linearly polarized light can be used to determine the orbital occupancy or to look for the direction of chemical bonds of the atom selected by its absorption edge. This is particularly suited for covalent bonds like in molecules or polymers.

The experiment is performed at synchrotron radiation sources, which provide intense and tunable X-ray beams.

The XAS spectra can be measured in fluorescence or in electron yield modes.

Fluorescence yield spectra can be acquired in transmission measuring the incoming and transmitted light through a sample, or in reflection detecting the photons that are emitted after the electrons of lower binding energy fill the created core hole.

Electron Yield spectra are collected by measuring the photoelectrons created by the absorbed X-rays through excitations of core electrons to empty states above the Fermi level. The created holes are filled by Auger decay. The intensity of the emitted primary Auger electrons is a direct measure of the X-ray absorption process (Auger Electron Yield) which is strongly surface sensitive. As they leave the sample, the primary Auger electrons create scattered secondary electrons which dominate the total electron yield (TEY) intensity. 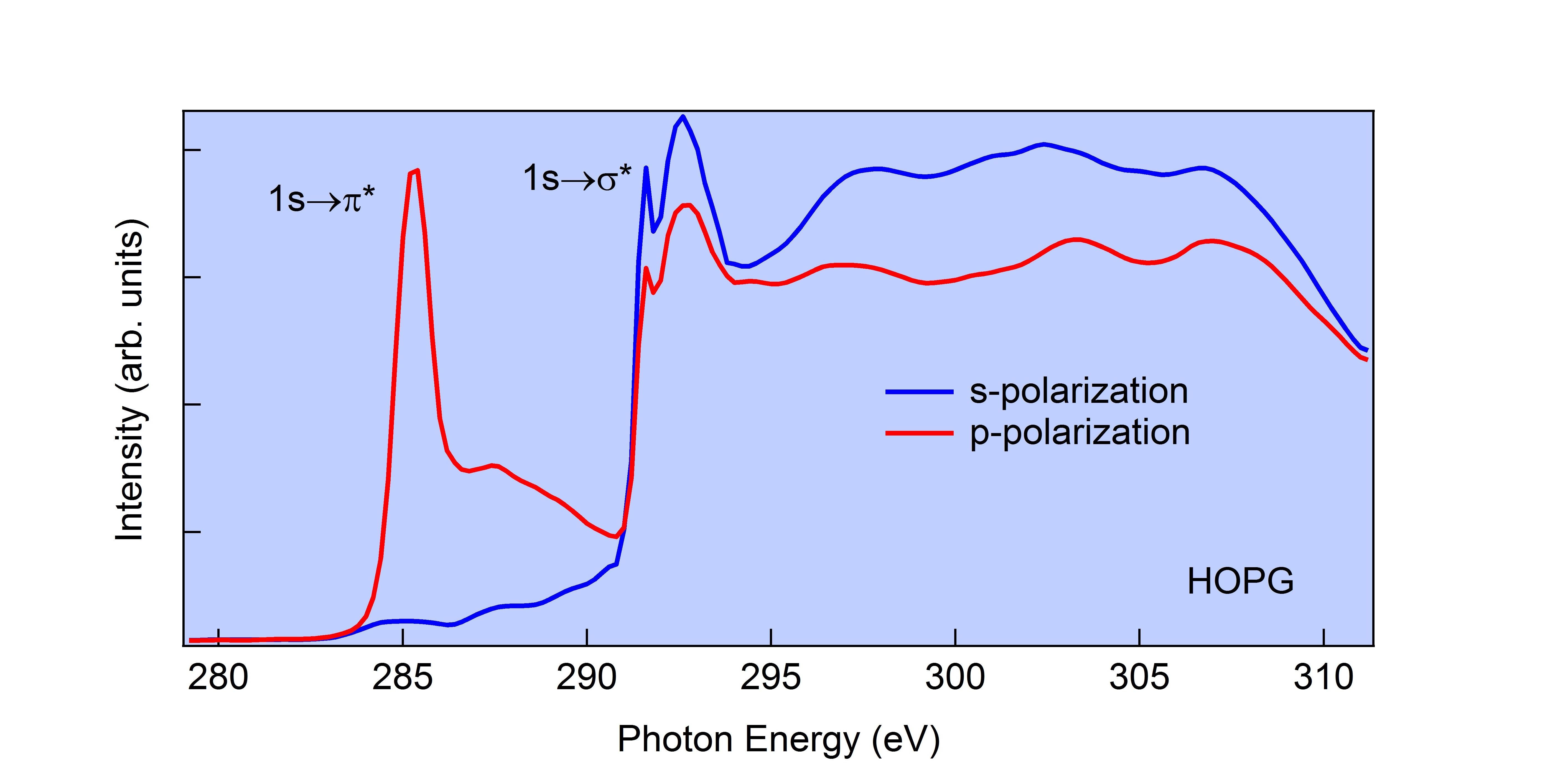