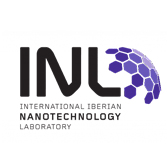 INL had been established in 2005 by a joint decision of the Governments of Portugal and Spain. Operating since late 2010, following a total investment of 100 M€, INL is part of the Portuguese Road Map of Research Infrastructures (2014-2020). INL is currently financed by member states contributions (40%), competitive funds from H2020 calls and national PT2020 scientific calls (40%) and Industry collaboration and user fees (20%).

The INL infrastructure provides a high-tech research environment for INL staff and users. INL campus extends over an area of 47,000 m2, with 26,000 m2 of buildings. This includes 7,500 m2 of individual and central laboratories, including high-accuracy laboratories, a cleanroom with an area of 1,000 m2, an auditorium and other public areas with 4,800 m2. At the beginning of 2020, there were 368 people of over 40 nationalities working at INL, 312 of them researchers.