Surface Plasmon Resonance is an optical phenomenon occurring when a polarized light strikes an electrically conducting surface at the interface between two media. This induces electromagnetic waves i.e. plasmons, which reduce the intensity of the reflected light at the resonance angle depending on the physical conditions at the sensor surface. In SPR assays, target molecules e.g. proteins are immobilized on a functionalised gold sensor surface and a sample containing a potential interacting partner in solution is injected over the surface through a series of flow cells. During the course of the interaction, polarized light is directed toward the sensor surface and the angle of minimum intensity reflected light is detected. This angle changes as molecules bind and dissociate and the interaction profile is thus recorded in real time in a sensorgram.

SPR systems can be used to study interactions involving (in principle) any kind of molecule, from organic compounds to proteins, nucleic acids, glycoproteins, and even viruses and whole cells. Since the response is a measure of the change in mass concentration, the response per molar unit of interactant is proportional to the molecular weight (smaller molecules give lower molar responses). The SPR detection principle does not require any labelling of the target molecules, and measurements can be performed in complex matrices. The measurement can provide informations on the concentration of the target in the sample, its affinity for the ligand, on the specificity of the binding reaction and on the kinetics of the interaction. 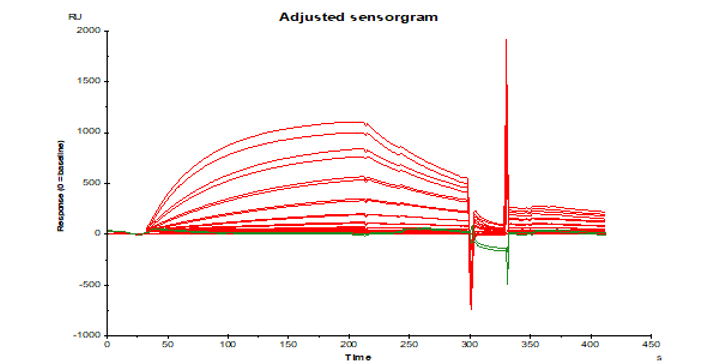