When linearly polarized light is reflected from a magnetic film, its polarization becomes elliptic (Kerr ellipticity) and the polarization principal axis is rotated (Kerr rotation). This rotation is proportional to a component (depending on the geometry of experiment) of the magnetization of the film. For this reason the MOKE magnetometry is a very popular tool for the characterization of the magnetic properties of materials.

Since the laser spot can be focused down to a few microns, the magnetic properties (e.g. coercivity, squareness ratio) of single micrometer or submicrometer structures can be evaluated. With a suitable set-up the sensitivity of the MOKE apparatus can be pushed to detect the signal coming from very thin films (ideally down to the atomic plane) making the technique suitable for the study of magnetic structure of thin films, interfaces and nanostructures.

Note that although this technique can be very sensitive, no quantitative measure of the magnetization is provided. Nevertheless, from the shape of the hysteresis loop, both static and dynamic magnetization reversal processes can be investigated in detail. Longitudinal and polar configurations are used routinely to detect the in-plane or the out-of-plane magnetization components, respectively. This technique is well suited to characterize either flat or micron- and submicron-patterned films. 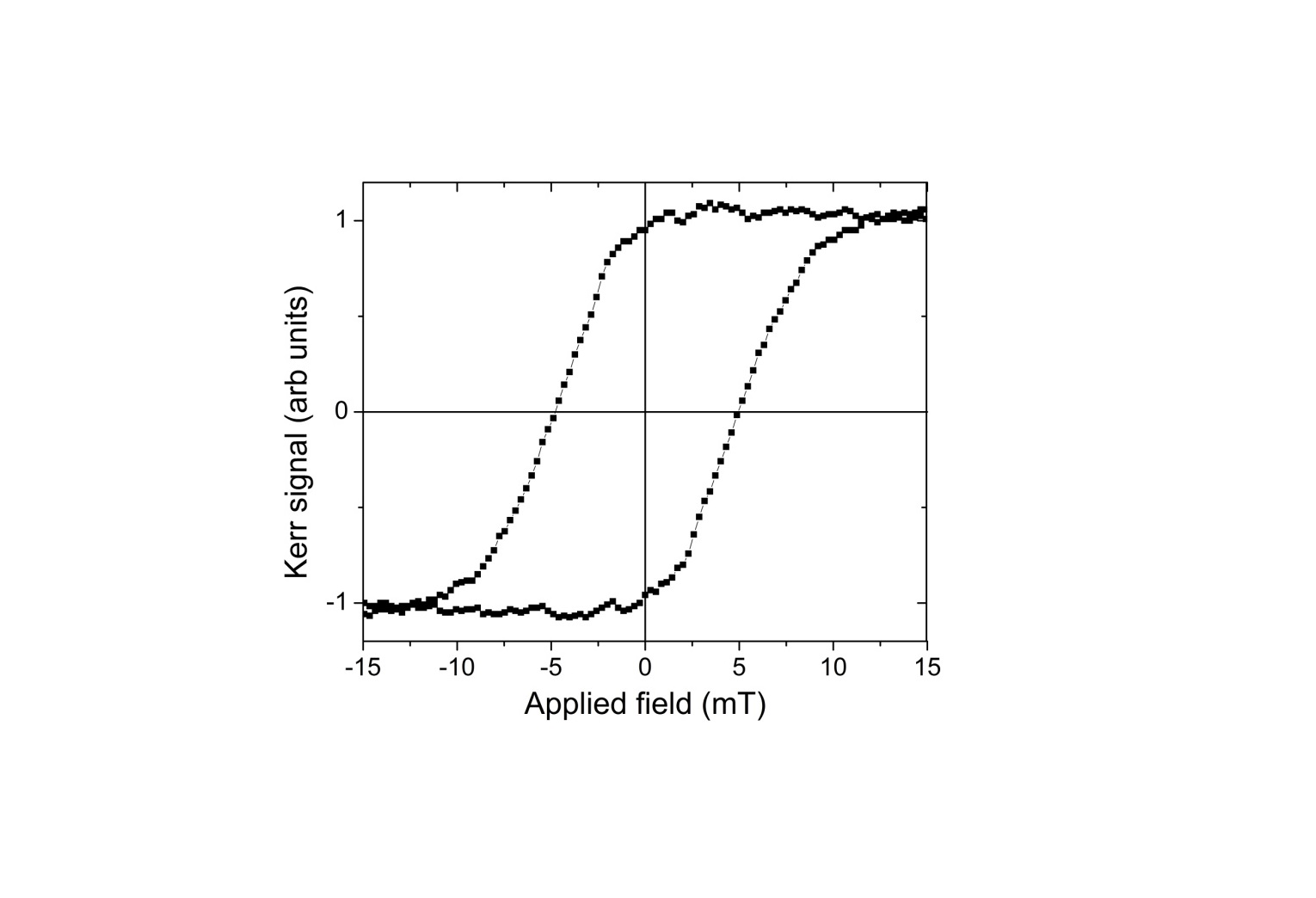