In a typical light scattering experiment, a well collimated, single frequency, polarized light beam (i.e., from a laser) is used to illuminate a solution containing a suspension of the macromolecules or nanoparticles of interest. The electric field of the polarized light beam is preferably produced perpendicular to the plane in which the intensity and angular dependence of the subsequently scattered light is to be measured.

Coupling MALS with an in-line concentration detector following a sample separation technique such as AF4 or SEC permits to determine the molar mass of the eluting sample in addition to its root-mean-square radius. 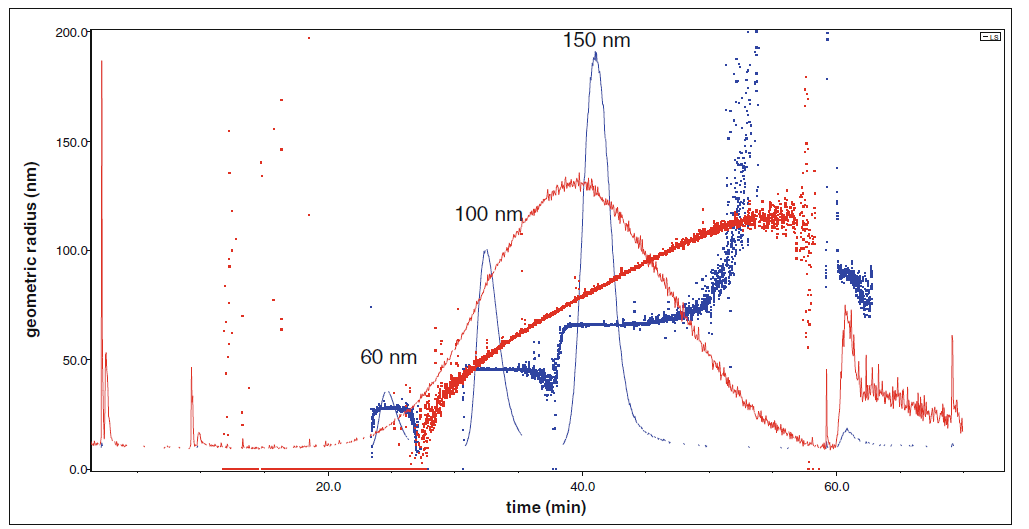