The technique measures sedimentation speed of particles in a liquid under the gravitational force generated in an ultracentrifuge. AUC detects light extinction and/or refractive index change and calculates equivalent sphere diameters applying the Stokes equation. As the calculation is based on first principles, no size calibration is needed. Sedimentation coefficient distributions calculated from interference measurements can be transformed to mass based distributions needing only density as input parameter. The particle suspension is loaded in a sample holder with transparent optical windows. Reference liquid (solvent) is loaded in the adjacent cell of the sample holder. Sample holders are placed in a rotor and sedimentation of the particles in the applied gravitational field (at a rotation speed in the range of 1100-50000 rpm) is monitored by interference and/or absorbance optics. The size distribution of floating particles, like lipid nanocarriers or liquid droplets in emulsion can be calculated from their floatation speed. Density of particles can be determined by a series of measurements in various density liquids (sucrose solution, D2O/H2O mixture). 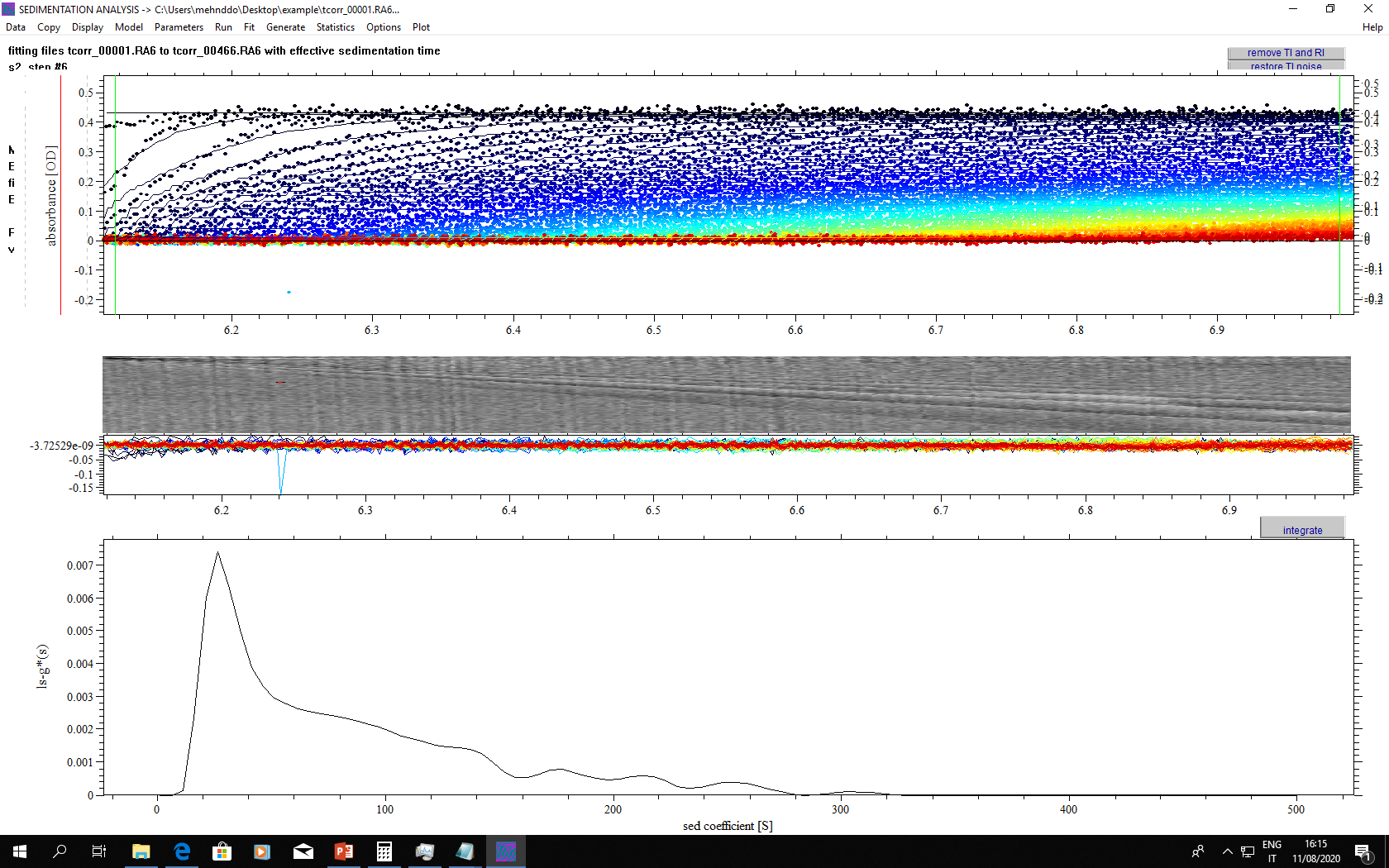