The Disc Centrifuge measures particle size distributions using centrifugal sedimentation within an optically clear, spinning disc that is filled with a density gradient fluid (typically sucrose solution). The method measures particle size typically in the range of 0.01 micron to 40 microns (depending also on density). The system works with an excellent resolution, but it is the most performing for particles between 0.02 and 10 microns (depending also on optical properties and concentration). Equivalent spherical particle size (Stokes diameter) is calculated from sedimentation time considering particle density using the Stokes equation. The concentration of particles at various measurement time points is determined by measuring light extinction near to the perimeter of the rotating disc. Mie theory is applied by the instruments software - using particle refractive index and absorption as input parameters - to convert light extinction based particle size distribution to mass based distribution. Number based distribution is calculated by the software considering spherical shape and material density. 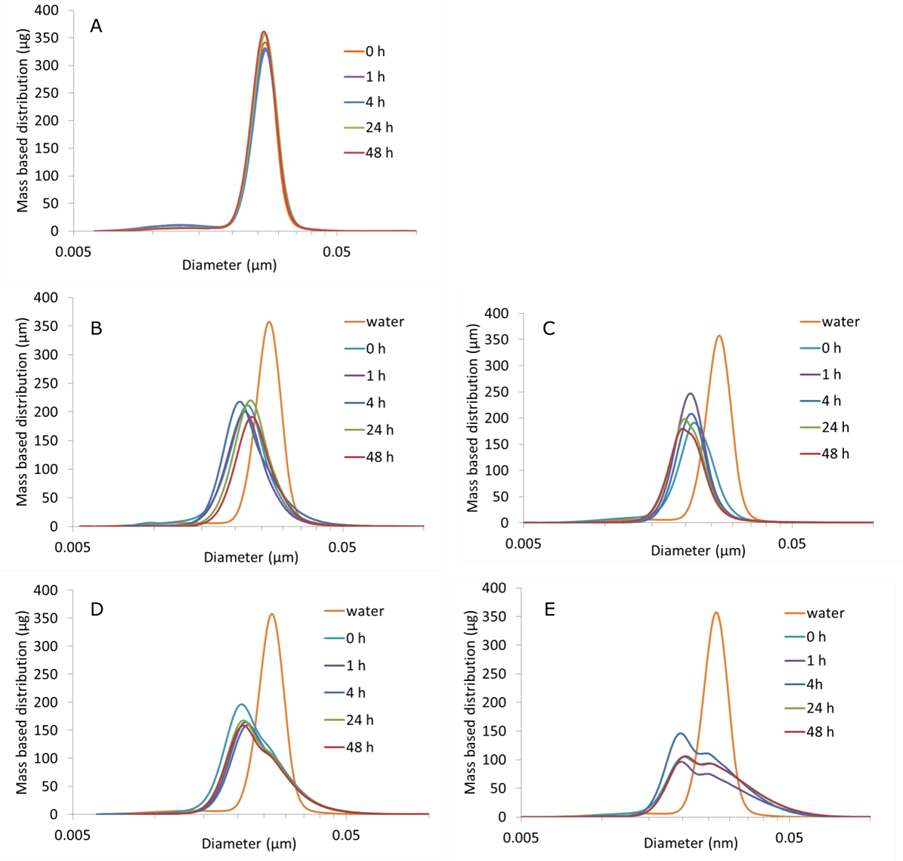