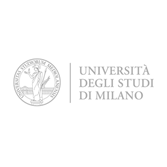 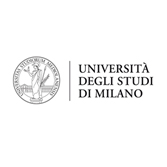 How to reach us

UMIL premises contributing to NFFA-EU are located in Milan city (east part, known as Citta’ Studi), in the Physics Department, which is at 10 minutes drive (less than 5 Km) from the Milano Linate (LIN) airport.

How to reach UMIL from the local airport

From Linate (LIN) airport, a taxi can drive you to the Physics Department in 10 minutes (about 15 euros). Otherwise, a local transportation bus (line n. 73) connects Milano Linate Airport to the city center (direction San Babila), departing every 10 minutes (daytime). You can get off at the stop Viale Campania – Viale Corsica and then walk or take the bus line n.93 till the Physics Department (stop Via Celoria/Istituto Besta).

From Malpensa (MXP) Airport one can reach Milano city by train (Malpensa Express) leaving towards Milano Cadorna or Milano Centrale stations approximately every 30'. Tickets can be purchased at the airport counters

Take the main road leaving the airport towards Milan city center, drive straight on for about 3 Km, till you pass under a bridge  (main railway line). Turn right  at the first possible turn after the bridge, and go straigth for less than 1 km. Turn left when you cross Via Amadeo, then turn right at the 4th crossing road (Via Aselli). Drive  straigth on, pass  through Piazza Gorini (Gorini square), and  turn right at the first road (Via Celoria) after you leave the square.

HOW TO REACH MILAN BY TRAIN

Milan has rail connections with every major city in Europe. The main railway station (Stazione F.S.) is at three Metro stops from the Physics Department (line M2). The Milano Lambrate railway station is at walking distance. For timetables, booking and ticket purchase please refer to: http://www.trenitalia.com/tcom-en.

HOW TO REACH UMIL FROM DOWNTOWN MILAN

The Physics Department is located in Via Celoria 16, in the vicinity of stops Piola and Lambrate of the Metro line M2 (green line), and is at walking distance from the Milano Lambrate railway station. You can find out the best route from any address in Milano to via Celoria 16 (Physics Department) by using this online tool from Milano's public transportation company (ATM) . Tickets can be purchased at most newsstands or in the Metro stations, where 24-hour automatic machines are available.

Hotels nearby the Physics Department include:

A limited number of places may be available at the University’s guest house, located in the city center (Via S.Sofia), at the price of 70 Euro/night.