Spectroscopic Ellipsometry (SE) is a contact-free, nondestructive method for characterization of the dielectric and optical properties (refractive index, absorption and thickness) of layered nanostructures in the size range of < 1 nm to several μm.

Ellipsometry is an accurate technique of calculating materials’ parameters, including complex refractive index or dielectric function. The samples are usually measured in reflection and the information is given on the basis of the change of polarization of the reflected light. Standard SE methods measure the Fresnel reflection coefficients as a function of wavelength only. While, variable angle SE (VASE) measures the sample’s coefficients in s- and p-polarized light as a function of wavelength and angle of incidence.

Ellipsometry can be used to characterize thickness (depth), roughness, composition, electrical conductivity, doping concentration and other material properties. Depending on the spectral coverage of a VASE instrument, dielectrics, semiconductors, and metals can be characterized. Typical applications are the characterization of manufactured devices (semiconductors, nanoelectronics, thin films) and surface characterization, including film growth, roughness and adsorption processes. 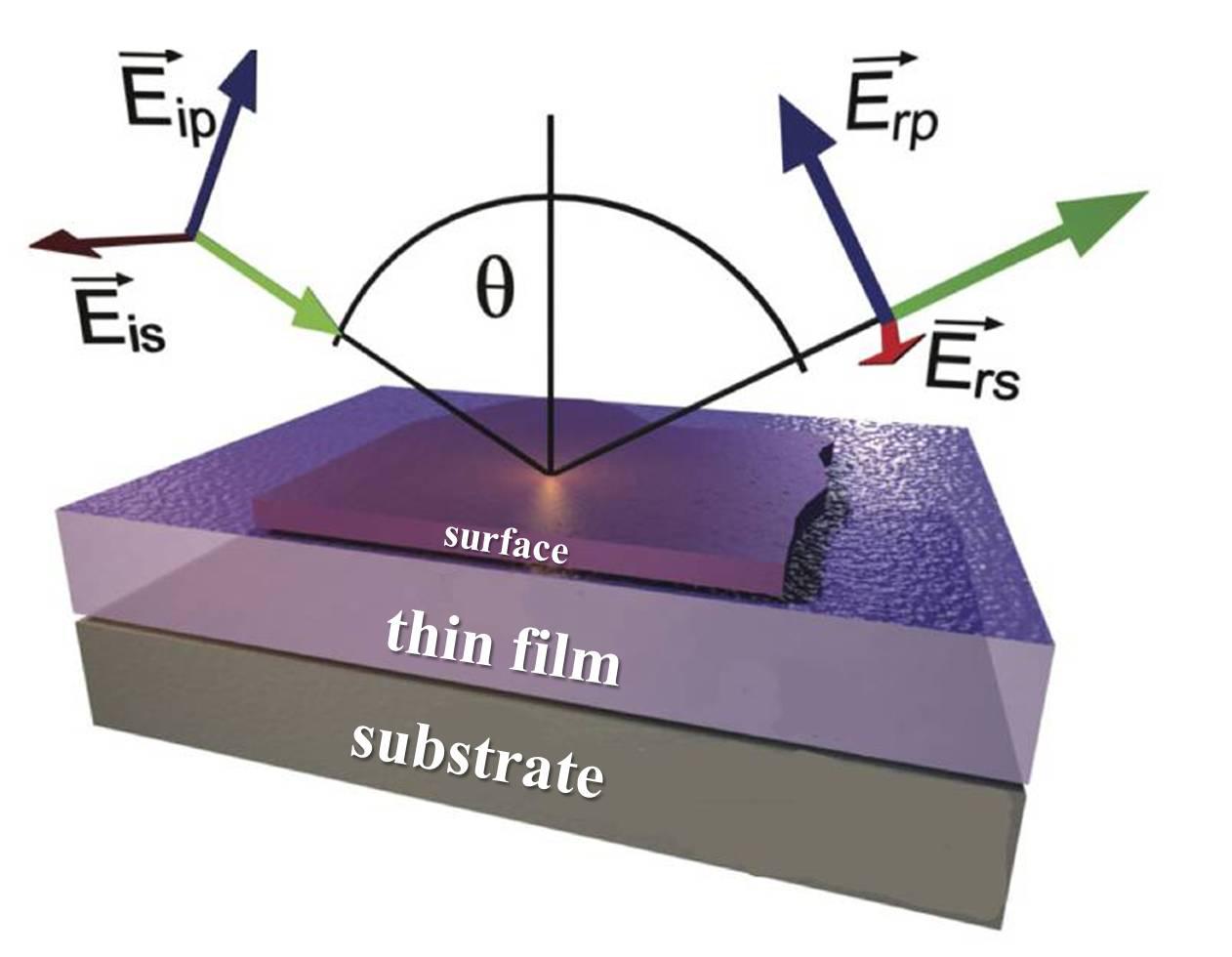