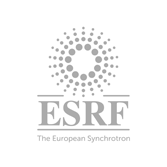 It is located in Grenoble, France, with an intergovernmental agreement at its basis. It is supported and shared by 20 countries, with the accession of the 21st country, Russia, underway currently.The ESRF is one of the world's largest synchrotron science centres. Every year, more than 6,000 scientists from the partner countries and around the world travel to Grenoble to use its extremely brilliant X-rays for leading-edge research and industrial R&D.The staff of the ESRF represents more than 40 nationalities from which the 600-strong staff contingent of highly qualified people mutually benefit from the rich and diverse backgrounds, cultures and languages.

The ESRF is set-up as a French Société civile and subject to French law. Its direction is the responsibility of the Director General and its Council, made up of representatives appointed by the Member Countries. The facility shares a physical site, called the European Photon and Neutron Campus, with the neutron source Institut Laue- Langevin (ILL) and the European Molecular Biology Laboratory (EMBL). Internationally, as a member of EIROforum, the ESRF works with research institutions across Europe to support the development of the European Research Area and to promote science education. ESRF has a wide and long experience in a range of European funding programmes, both as coordinator and partner.